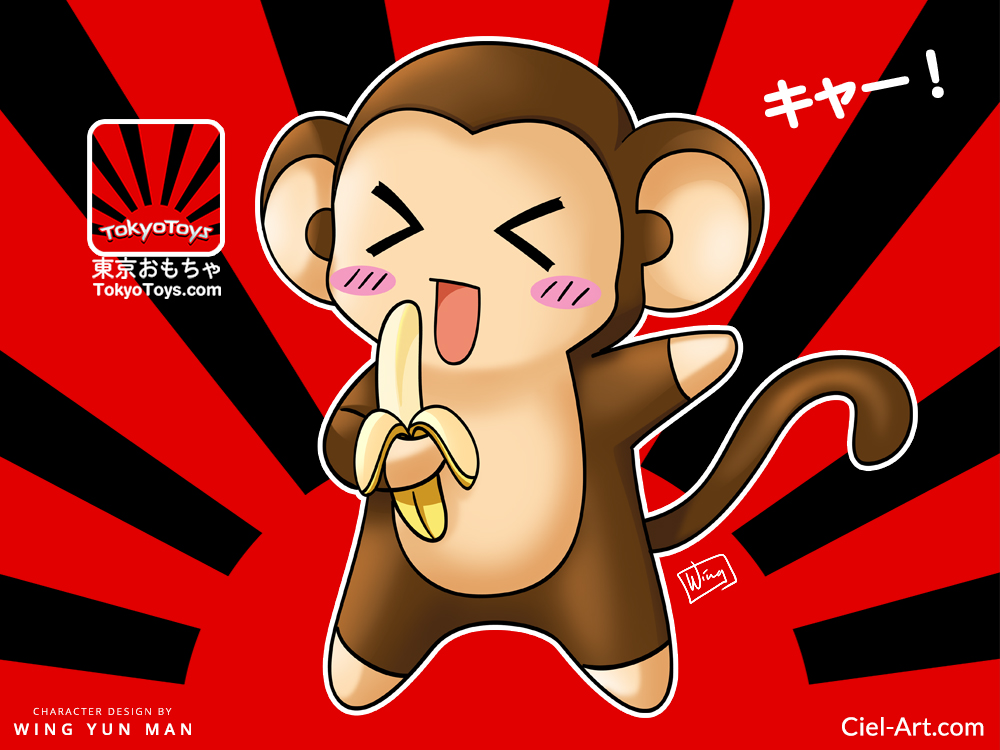 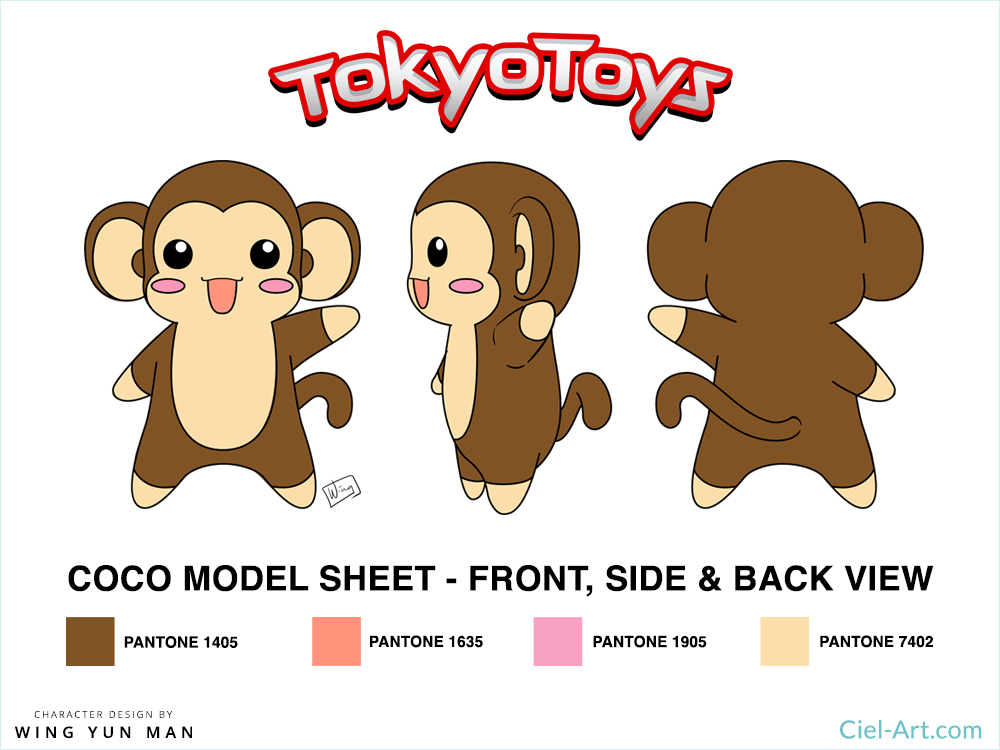 TokyoToys is a UK retailer specialising in the sale of Anime/Manga merchandise imported from Japan. In 2005 when the company had just started up, I was approached by the owner to design a mascot for the business, and thus Coco Monkey was born!

Since then the popularity of TokyoToys skyrocketed as Coco adorned t-shirts, tote bags, mugs, keyrings, and plush soft toy.

The character became an icon in the UK anime convention scene and Coco's fame far exceeded my expectations, having made an appearance in a season of British reality TV show "Big Brother", worn by one of the contestants, Gerry, in 2007 and much loved by TV presenter Jonathan Ross and his family.